How Septic Tank Was Invented?

How Septic Tank Was Invented?

The treatment and disposal of human waste has always been an issue in our history. How do you properly dispose of it without causing any harm to our health or our environment? Seeing as the septic tank system is a relatively new invention, it has increased our abilities to treat and eliminate human waste in a way that doesn’t harm anything. When it comes to the history of septic tank systems, Septic Blue of Charlotte knows it all! 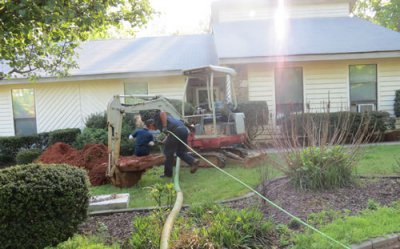 Tim Grant of Septic Blue performed our septic system service. He was fantastic. Tank had not been serviced in a…

Bret Brooks arrived on time, was completely professional and courteous.  I needed my septic tank pumped and a riser installed.…

We are renovating a home that has a septic tank. We contacted Septic Blue and scheduled an appointment. They came…

Bret was professional and courteous.  Bret walked me through his process and explained everything to me.  When it came to…

When the earliest civilizations established themselves, most of them were near rivers which provided them with water and a way to dispose of their waste. People survived for thousands of years doing that, until something new was developed to create a more effective and healthy system.

So, how exactly what the septic tank system invented? You’ll have to keep reading to find out!

How Was a Septic Tank System Invented?

Let’s go back to 1860 when a Frenchman decided he no longer wanted to have to adventure into the cold to go to the bathroom. He wanted to be able to get up, stay in his home, and relieve himself whenever he wanted. This Frenchman was named Jean-Louis Mouras. He was the first person to invent what we know call the septic tank system where he created clay pipes that transported wastewater out of his home. The wastewater was collected in cesspools where the waste needed to be manually emptied.

This system was used for 10 years without running into any issues, but Mouras was curious about what was going on within the tank. He peeked inside and noticed the tank was nearly empty. He then teamed up with world-famous scientist, Abbe Moigno to develop a prototype of his septic tank system. He patented his invention in 1881 under the Mouras Automatic Scavenger. Fast forward two years, and his invention traveled all the way to the US where his system was taken a step further.

By the 1940s, Moura’s design was in most households. His system began to fail people in the 1960s and that’s when more engineers and scientists stepped in to give his system a much need upgrade.

Fast forward to the present times, most septic systems are made of materials such as fiberglass, concrete, and other plastics that allow our systems to work more definitely and for much longer. If you ask the team at Septic Blue of Charlotte, our systems have never been better!

Are you looking to schedule regular septic maintenance? Do you need septic tank cleaning or septic tank pumping? It’s time to call Septic Blue of Charlotte! We can help with any of your septic tank needs. Call our office today for more information and to schedule your appointment!